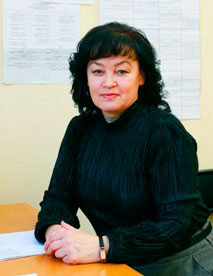 The Institute is one of the leading centers in Russia for the preservation and development of the Udmurt language and culture in the context of globalization. We care about the competitiveness of our graduates and pay a particular attention to the training of the indigenous population giving them the opportunity to learn not only the Udmurt but also the English and other Finno-Ugric languages: Finnish and Hungarian. Due to this our students are actively involved in international exchange programs, which contributes to increasing of their level of knowledge and development of their intercultural competence. The Institute is an advanced research center with the major focus on Finno-Ugric studies in general, the study of Permian languages and the regional media in the context of the history, theory and practice of the Russian mass media.