From November 25 to November 27, 2020 advanced training courses “Modern Approaches in Teaching Russian as a Foreign Language” were within the framework of the project “Russia in scientific and cultural dialogue” with financial support from a grant from the Ministry of Education of the Russian Federation.

The courses are organized by the University of Granada (Spain) and the Udmurt State University (Russia), which have been closely cooperating in the scientific and academic fields for more than 20 years.

The programme was targeted at teaching staff of higher and secondary education institutions from Russian and other countries worldwide.

The courses were attended by 240 people, including more than 170 teachers from 35 foreign countries (Spain, Portugal, Mexico, Argentina, Poland, Czech Republic, Slovakia, China, etc.). All of them highly appreciated the held event.

The courses were held in a distance format on the Zoom platform, participation was free.

In addition to attending lectures and practical classes, course participants had the opportunity to get acquainted with the presentation of new products from the leading publishing houses "Zlatoust" and "Russian language. Courses" that publish textbooks on Russian as a foreign language.

All course participants had the opportunity not only to enhance the level of their knowledge in teaching methods of the Russian language, but also to get acquainted with the unique traditions and cultures of the peoples living in the Udmurt Republic. The cultural program presented on the first day was developed by the PI Tchaikovsky Museum-Estate (Votkinsk). The programme included a short excursion around the so-called “museum of happy memories”, where the great composer was born and spent his early childhood. You could also see and hear performances of musical groups from Votkinsk, Tchaikovsky's music was performed on the national Udmurt instrument called krez.

At the closing ceremony, Member of the National Organizing Committee, Dean of the Faculty of Translation, University of Granada, Enrique Quero Hervilla, noted that the event organized by the partner universities was very successful. The teams of Udmurt State University and Granada University worked clearly and consistently, having demonstrated a high level of professionalism. The participants in the ceremony thanked the Ministry of Education of the Russian Federation for grant support aimed to implement the advanced training courses and stressed the importance and necessity of such events, as they contribute to the promotion and strengthening of the position of the Russian language in the world.

More information is available on the event website dialog2020.es/en. 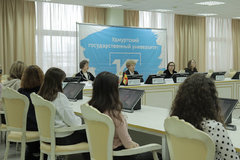 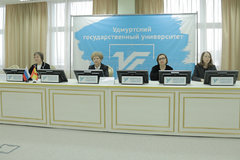 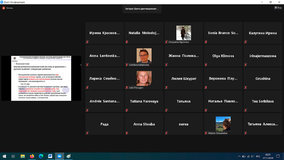 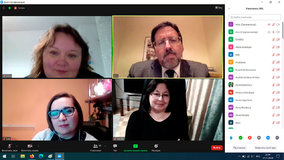