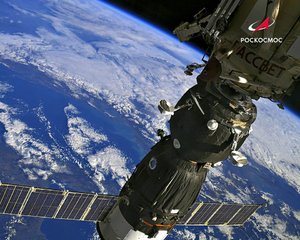 60 years ago man flew to space for the first time in human history. Russian cosmonaut Yurii Gagarin orbited the Earth in Vostok-1 spaceship. Without any doubt, this flight was an act of heroism for a single man and a great breakthrough for the whole mankind.

And this flight would not be possible without great knowledge accumulated by Russian and world scientists by that time. Russia gave the world such brilliant scientists as Mendeleev, Lomonosov, Landau, Tsiolkovsky, to name a few, and such great inventions as the periodic table of chemical elements, the first artificial Earth’s satellite, the first nuclear station etc.

Many achievements of the Russian science are connected with space exploration and research conducted on board of the International Space Station. UdSU researchers has been participating in 4 such experiments since 2012. They all deal with the study of different properties of metal alloys, such as crystallization, micropatterning, and wetting in the conditions of space vacuum and microgravitation. These conditions are essential for understanding properties of the alloys because on earth their behavior is affected by gravity.

The experiments conducted in space are cost intensive and require the use of sophisticated equipment. No error is permitted. The projects are carried out by teams of researchers representing not just UdSU but many other Russian and foreign universities, research institutes and facilities. At the moment the REAL space experiment is under way. At the end of 2020 test samples were sent to the space station and the experiments are due to start in 2021.

Back in 1961 Yurii Gagarin said "Off we go!" (Poehali!) before stepping into the speceship. The pharse has since become a foreword to any endeavour worth of many efforts and returns. So, today, on April 12th, we remember Gagrin's deed and say 'Off we go!' to UdSU young researchers wiling to contribute to space exploration and science development!