On December 3 and 4, 2020 the International Scientific Forum "Russia in Scientific and Cultural Dialogue" of the project of the Udmurt State University implemented jointly with our partner universities under the auspices of the Ministry of Education of the Russian Federation*, was successfully held.

Within the framework of the Forum, the following events were organized: International Symposium "Dialects and History of Perm Languages in Interaction with Other Languages", International Seminar "Youth and Science of the XXI century."

The issues raised in the Forum have shown its high scientific, theoretical and methodological significance for the development of both modern philology and Finno-Ugric studies. The major focus of the conferences was made on the linguistic component in the field of Finno-Ugric studies, which determined the conceptual priorities for the theoretical studies of philologists and linguists in the current scientific and educational space.

Within the framework of the polydialogue of the International Symposium, such topics as the study of the internal structure of the Permian and Finno-Ugric languages and dialects, the history of the development of linguistic phenomena, extralinguistic problems of social functioning and methods of teaching languages were discussed. Scientific research has shown that in the era of globalization and digitalization, the issues of preserving and developing the Permian languages are still topical. The participants and speakers of the symposium, prominent scientists, noted the importance and timeliness of an innovative approach to the study of modern linguistic problems.

The Forum participants were greatly interested in the International Seminar "Youth and Science of the XXI Century", which was held in the form of a round table. The reports were interesting, informative, highly scientific. The seminar has shown that the young generation of researchers with high respect and awe deal with those issues of the Udmurt and Finno-Ugric linguistics that for various reasons were neglected by scientists of previous generations, but have become topical today. This is the evidence of the continuity of science.

The participants of the Forum noted the high level of the reports, the interest of the listeners, lively discussions after reports, the friendly atmosphere and the importance of such events, and also expressed their gratitude to the organizers.

The events of the Forum have become a platform for discussing the current issues of the functioning, development and preservation of the Finno-Ugric languages, and have contributed to the enhancement of the knowledge and competences of listeners in the field of Finno-Ugric studies.

The Forum was held in compliance with the security measures under the current pandemic conditions, remote formats and online broadcasts were used. 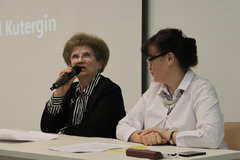 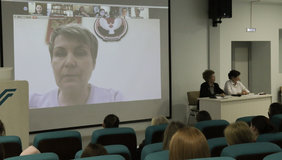 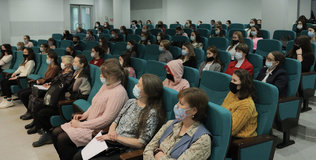 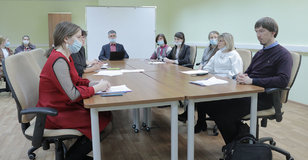